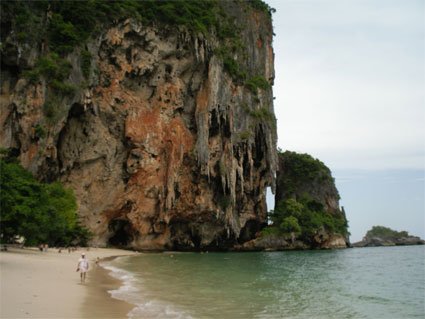 Thailand – The Land of Smiles

More and more Saudis enjoy travelling to many parts of the world, a trend that is set to continue over the next few years as more people spend their summer holidays abroad.

South East Asian countries such as Malaysia are becoming especially popular, in part due to the huge variety of activities and locations they offer, as well as improvements in transport that makes it easier and more comfortable to get around, both for families and independent travelers.

Thailand remains one of the most popular holiday destinations in the world, but despite its rather chequered history and political turbulence, many Saudis would love to visit Thailand to experience everything this remarkable country has to offer. In fact, the GCC is one of Thailand’s fastest growing markets, and last year the country attracted 120,000 visitors from across the GCC. Thailand is trying to transform itself into a more family friendly, upmarket destination with a touch of luxury; but while this is certainly true to an extent, it still caters to every budget and taste.

What to expect visiting Thailand

Thailand is known as the Land of Smiles, and for a very good reason. Thai people are considered to be among the friendliest in the world to visitors, and while it might seem that the smiles are laid on just for tourists, foreigners that have settled in Thailand know that the welcome is always genuine. On the whole, most Thai people are conservative by nature and respect others’ views – this makes them very easy going and will go out of their way to make visitors feel special.

First-time visitors to Thailand can expect high temperatures and humidity all year round, especially between March and September and in the summer monsoon season. The ideal time to visit is in the Thai “winter” which falls between December and February when cool breezes, lower temperatures and less chance of rain mean that you can expect clear skies most of the time. In the far north and southern tips of the country, the climate varies greatly – mountainous areas in the north east are always cooler due to the high altitude, and the south is almost always just hot.

Bangkok – the City of Angels

Most visitors arriving in Thailand land in Bangkok (known as “The City of Angels” in Thai), which is worth spending a few days in to sample some of the country’s finest restaurants, culture and shopping. At first Bangkok seems oppressively hot and busy, with traffic jams and crowded streets everywhere, but it is in fact quite organised chaos and can be an intensely rewarding experience for anyone that loves city life.

There is a tremendous choice of activities in Bangkok, such as the bustling local markets (“Dalaat Chao”), high class shopping malls everywhere, umpteen Buddhist festivals and events, exotic temples, royal palaces and historic sites, not to mention a trip on the Chao Phraya river which runs right through the heart of the city.

Bangkok today is a crossroads where, for centuries, different races and religions have converged. Thailand itself has over 3000 mosques, but there are at least 170 within Bangkok. The Darulmuttageen Mosque on the bank of the Saen Sap Canal is one of the most well known – its intricate wooden carvings are over a hundred years old, and it’s certainly one of the most atmospheric to visit.

Whatever your interests, you are bound to enjoy a few days soaking up the sights, sounds and smells before heading to the islands, mountains or beaches.

Thailand is world famous for its tropical islands (such as Koh Phi Phi) and of course its amazing beaches. Despite huge numbers of tourists, it is possible to find secluded and unspoiled spots all along the Gulf of Thailand in the east, and especially the Andaman Sea coast in the west.

In general, the more well-known islands such as Phuket and Koh Samui are constantly abuzz with thousands of tourists, who are drawn not only to the beaches but also the amenities such as restaurants, and the luxury resorts that have sprung up in many areas. Phuket, despite being consistently busy, offers some of the best and most accessible beaches especially for families. Phuket’s Nai Harn beach in Karon district and Kata Noi in Kathu are splendid examples that have remained clean, pristine and safe for children. 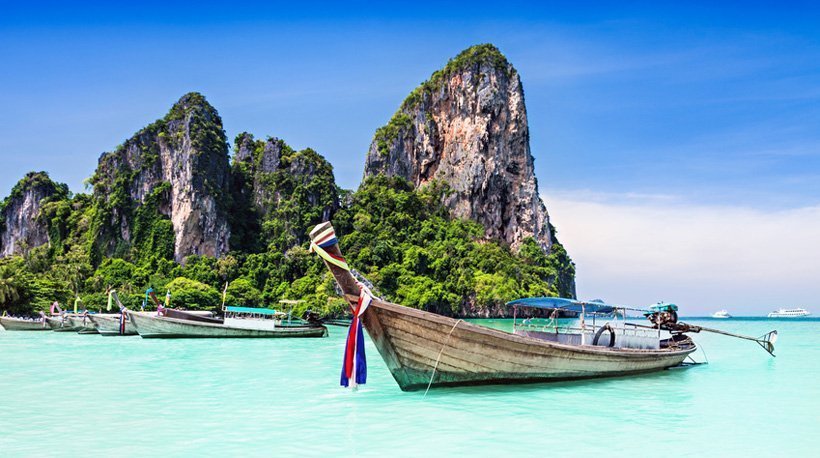 For anyone that isn’t keen on lazing by the beach, Thailand also offers beautiful mountain scenery, particularly in the north around the cities of Chiang Mai and Chiang Rai, which can be explored independently by car or on a tour. The temperatures are several degrees cooler for most of the year, and the area has become a favourite for many who find the southern regions too hot. Chiang Mai is the north’s largest and most culturally significant city, regularly voted as one of the best 25 destinations in the world – its Loy Krathong festival in the autumn is an incredible sight as thousands of Chinese lanterns are released into the skies.

Most visitors to Thailand land in Bangkok, then head south to the islands, but there is so much more to this fascinating country that it’s worth spending the time to visit several areas. We would recommend spending a few days in the capital and a cultural trip to nearby Ayuthaya to see the best ancient temples in the old capital, followed by a week exploring the coast and sometime in the highlands of the north. But whatever you choose to do in Thailand, you’ll no doubt agree that it truly deserves its reputation as The Land of Smiles.

Local Embassy: If you end up in Thailand, it is advisable to register at the Saudi Embassy in Thailand, to ensure you get prompt counsellor support in case of difficulties.  According to Mr Abdulelah M. Alsheaiby, the charge d’affaires at the Saudi Diplomatic Mission, as quoted in Gulf News, registration is for the support and protection of Saudi citizens visiting Thailand and not to report them.  At the time of writing, the link we have provided to the Saudi official MOFA Thailand page, only had the location and contact information of the embassy, and all other links and pages related to Thailand were blank.

Sorry, no posts matched your criteria.