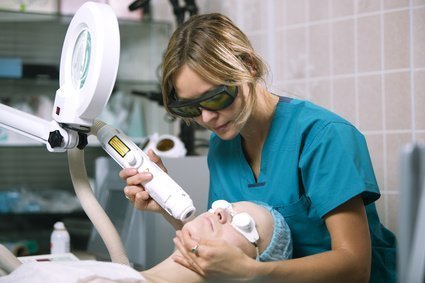 Extreme makeovers can be daunting, expensive and potentially harmful.  Before jumping in at the deep end, have a read of some of the procedures that many women consider.

With so many people all over the world being dissatisfied with the way they look, more are turning to cosmetic surgery in order to look and feel better. In an age where cosmetic procedures are not discouraged, it is advisable to look at what some of the leading cosmetic surgeons and other others have to say about the top ten procedures to avoid.

Mesotherapy and Lipodissolve
Mesotherapy and Lipodissolve are both highly popular cosmetic treatments designed to break down the fatty tissues in the body to give a more slender appearance. However, there are many doctors who do not approve of them due to medical reasons. Firstly, one of the ingredients (lipostabil) has not gained FDA approval; secondly, there is a degree of pain from the actual procedure; and thirdly, despite the fact that the formula may break down the fatty tissue, you may be left with uneven contours, a lumpy appearance, ulcers and inflammations.

Cosmetic Foot Surgery
Cosmetic surgery has become increasingly popular with women who want their feet to look more fashionable when they wear sandals. However, despite its popularity, many surgeons are trying to discourage it. This is because the surgery is being performed on healthy feet and, as with all surgery, there are certain risks. These include infections, long term swelling and even permanent nerve damage. The most dangerous risk with this type of surgery is that you could find yourself with constant pain every time you try walking.

Filler Injections
The desire to look young and beautiful drives millions of women all over the world for filler injections. This procedure consists of collagen or other types of gels being injected into the lips or wrinkles/lines to give a smooth, plumper appearance. These types of gels give only a temporary relief in the battle against wrinkles and after time the effects do fade. This has led to many searching for a more permanent filler, such as silicone. However, these permanent fillers come with many risks where the formula fixes itself to the skin tissue, giving a hard, uneven appearance.

Breast Augmentation Injections
Whilst breast augmentation surgery has been one of the most common procedures amongst cosmetic surgeons, many are turning towards simple injections to get the same outcome but without any scars. Although the thought of injecting fat into the breast tissue may sound simple enough, many doctors discourage the injections because the injected fat often calcifies and makes it challenging to determine whether the woman has breast cancer.

Leg Lengthening
In many Asian countries, there is a long-standing cosmetic procedure to lengthen the legs through an incredibly painful method. Both legs are broken and then screw and nail-like instruments are drilled through the bones to add up to three inches. Surgeons all over the world are opposing this procedure as the pain and potential risks far outweigh the cons.

Buttock Implants
Celebrities with big bums (either natural or through cosmetic surgery) have inspired many to go under the knife for this type of procedure. In breast surgery, silicone gel or saline implants are used but buttock implants are solid silicone packs which are there inserted under the fibrous lining of the buttock muscle. The major risks of this type of procedure are infections (especially when the incisions are near the anus) and the constant wear on the silicone pieces itself as we use our buttocks to sit on every single day can have a devastating health effect.

Permanent Make Up
For some ladies, the daily application of make-up can be tiresome and, as such, permanent make-up sounds like a good idea to some. However, many experts are trying to warn patients of this type of procedure. Just because you like the way your make-up looks today doesn’t mean that you will the following year. Styles change, new looks become more fashionable and permanent make-up is just that â€“ it’s permanent. In addition, although the equipment may be high-tech, it doesn’t mean you will be happy with the results.

Facial Procedures
Any sort of cosmetic surgery to the face, such as liposuction, is considered to be quite a drastic procedure. Many patients find that although they go in for just one session, they aren’t quite satisfied with the results and thus go back time after time. Before changing the overall appearance of your face and running the many serious risks that come with it, surgeons suggest that patients try a full face lift first.

Breast Lift and Implants at the Same Time
It may be a little strange to find breast lifts and implants on the list of the top ten cosmetic procedures to avoid but it is when both procedures are being performed simultaneously that it becomes dangerous. Breast lifts involves the tissue being tautened whilst enlarging the breasts. The risks of this procedure include infections, uneven breasts, loss of sensation in the nipples and being unable to breastfeed.

Laser and Light-Based Treatments
Laser and light-based treatments are designed to lighten the appearance of the skin tone and has been popular with those believing lighter is better. The procedure involves layers of the skin being removed by a carbon dioxide or Erbium YAG laser and then an intense pulsed light is used to affect the skin’s pigmentation. The risks with this procedure are an uneven tone, including a darkening of the skin, blisters and even sight damage from exposure to the lasers.