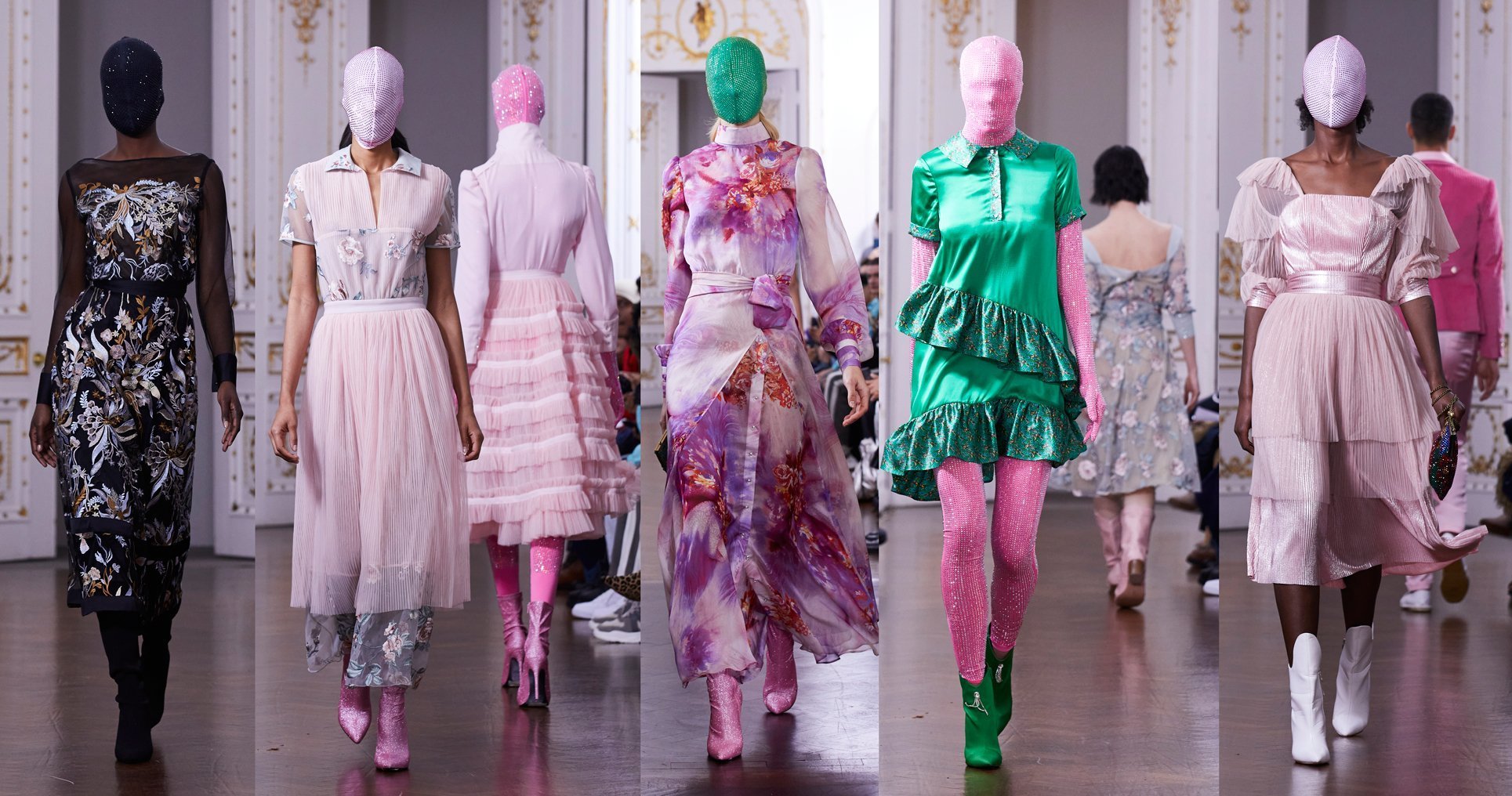 Autumn/Winter 2020 collection presented today during London Fashion Week, what an exciting and fresh creative collection from this young Czech based designer.

The inspiration for this collection is taken from what was once our planet – a garden – a paradise – where flora flourished and where nature existed in sync and was respected by humankind, effectively the collection attempts to revisit the Garden of Eden.  In this romantic idea, Jiri attempts to re-imagine a vision of Eden with the assistance of technology.

The show was also a homage to the British choreographer, Wayne McGregor, who is one of Jiri’s idols and was moved by McGregor’s “Eden Eden” show in Stuttgart 2005 where at the time Jiri was studying.  Jiri wanted to recreate the emotion he felt from that performance in 2005 into fashion.

Looking at the collection close-up, you can see how Jiri Kalfar is combining the haute couture way of creating garments, such as embroidery and hand-stitching mixed with modern day technology; demi-couture sustainable collection for today’s culture, yet with a humble reminder of the tradition and elegance of the past.

A spectrum of pinks, greens and browns draw on aspects of nature such as flowers, trees, and the beauty of animal markings.  Jiri delivers his creative collection with the recognition that sustainable fashion can still be fun, playful, full of colour and challenging cuts, but made consciously with locally produced and locally manufactured materials right down to the bohemian crystals provided by Preciosa and organically dyed fabrics.

Great collection Jiri, amazing rise through the crowded fashion field, and what a leap from your days as a ballet dancer (see what we did there 🙂 ), we wish you all the success with this collection and we salute you for your sustainability credentials and hope many more fashion designers take a leaf from your book.