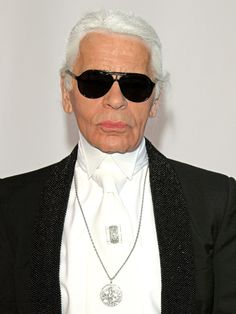 As Christmas comes and we all get into the holiday mood, we try to think about what was good and what is yet to be improved in our lives. Mariah Carey’s most popular season song “All I want for Christmas” reminds us that it is also the time of making wishes – so we sit and meditate on what would complete our well being in the upcoming 365 days.

We don’t usually make wishes, but this year we’ve decided to make an exception. So here it goes. This Christmas we wish for Karl Lagerfeld to stop making films.

We must say, we’re very passionate about both fashion and film industry and we love when those two meet together.

When we’re watching a movie we always check out the costumes and the more thorough they are the more authentic the movie feels (first example that comes to our mind is last year’s quite controversial hit The Great Gatsby – the critics argued about almost every detail in that production except for one part of it – the amazing garments created by Prada). It has also started to work in the opposite direction – the great actors and directors are being invited to collaborate on short fashion adds.

If you haven’t seen it yet, go and have a look at Polanski’s “Therapy” for Prada (starring Helena Bonham Carter and Ben Kingsley) or Wes Anderson’s “Candy L’eau” (again, for Prada, starring Léa Seydoux, whom he had liked so much he decided to cast her in his new movie “The Grand Budapest Hotel”).

Now we made it sound like it’s just Prada getting along with that trend, so let us enumerate some other of those ‘couture house – film director’ collabs: Baz Luhrmann for Chanel (2004), Sofia Coppola for Miss Dior in 2008 (and most recently – for Marni line for H&M), David Lynch for Dior (yes, that’s correct, the name of the video is “Lady Blue”).

Harmony Korine, best known for his peculiar movie “Spring Breakers”, directed an unbelievably creepy film called “Snowballs” for Proenza Schouler and even Martin Scorsese got convinced to work on “Bleu de Chanel” add. We could go on and on like this, so we’d like to finish this list with a feature-length movie directed by a fashion designer, Tom Ford – “A Single Man”. Let us just tell you, that movie is better than half of the stuff you can see at the cinema (at least outside KSA).

So knowing that fashion and film are now bound together tightly and that Karl Lagerfeld is a man of many talents, we understand why he tried it in the movies area. But sometimes to try is enough. This has been bothering us ever since “Once Upon a Time” was released – are we really the only ones here to think those films are just bad? The scripts are superficial, most of the lines are unnecessary or just badly written, the characters are built… no, they’re actually not built at all, they just appear and disappear from the screen, having no impact on the audience whatsoever.

As if the script itself wasn’t terrible enough, the acting doesn’t help, quite the opposite. Keira Knightley and Geraldine Chaplin are trying to make all of this work as both of them are portraying the main star here, Coco Chanel, but even with their professional help this character remains flat. And most of the cast members in all of those movies are models, who look great in the frame, but have no acting skills, like for example Kristen McMenamy in “The Tale of a Fairy” – never before in our entire humble lives we had seen a protagonist that forced and unnatural not in an interesting, but rather repulsive way.

Two things that are amazing in those films are camerawork (the one thing that Karl Lagerfeld didn’t take credit for) and costumes, though if Creative Director for Chanel directed three movies, two of them about Chanel, and the costumes were bad – well, that would have been a real bummer.

So that’s it – these are all the reasons why we think Karl Lagerfeld shouldn’t be directing any more movies. When he releases them, as a fashion person you have to see them, because you need to be able to have conversation about them, but deep down inside you know it’s just gonna be another 20 minutes of your life you’ll never get back…