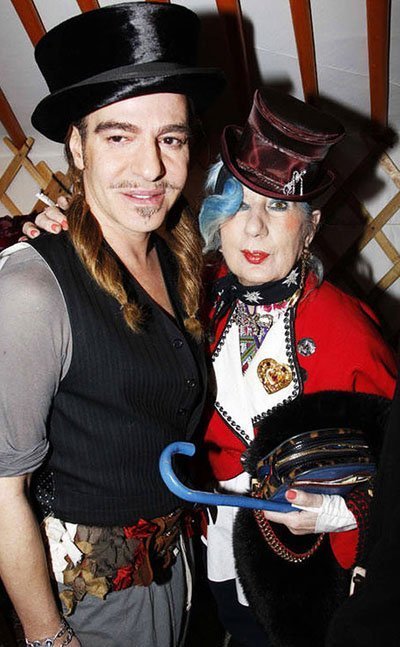 Who is Anna Piaggi?

Red lips, blue hair, over 2000 dresses, countless jewellery pieces, a walking cane and some defiant eccentricity – this is the description that matches one person and one person only. A a great icon. An amazing writer. A kind and humorous person. Anna Piaggi. 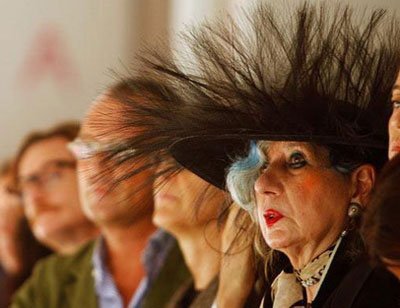 Born in Milan, she came from a well educated family, so she was sent to attend a boarding school. After a while Anna realised this was not the world she could fit in very well – strict bans and orders didn’t go along with her free spirit nature. She left the school, wandered around the world as an au pair (that’s probably where she picked up those six languages, in all of which she could fluently speak and write). When she met her husband, who was a professional photographer, her career in fashion begun. 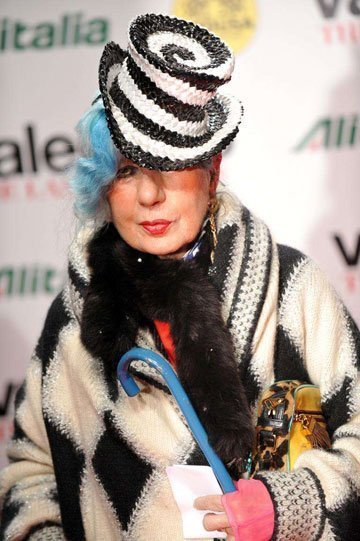 Some people consider her personal style silly and eccentric for the purpose of getting other’s attention. I understand where is that coming from, but the question is – would Anna Piaggi really get away with her quirks if it was all fake? She was Karl Lagerfeld’s muse in 60’s and 70’s and his dear friend long after that, don’t you think he would sense the mockery? Not to mention other people coming from different fashion industry branches that adored her personality and her style. Come to think of it, they were both complementary.

Anna Piaggi was genuinely an extraordinary person and the dazzling, caleidoscopic appearance came as a bonus to complete her whole image.

In 1999 Piaggi released a book called “Anna Piaggi’s Fashion Agebra: D.P. in Vouge”. If you were ever wondering what was happening inside this great editor’s mind, take a look at this. The book consists of Vouge Italia featured Double Pages that captured the essence of fashion at the time they were created. 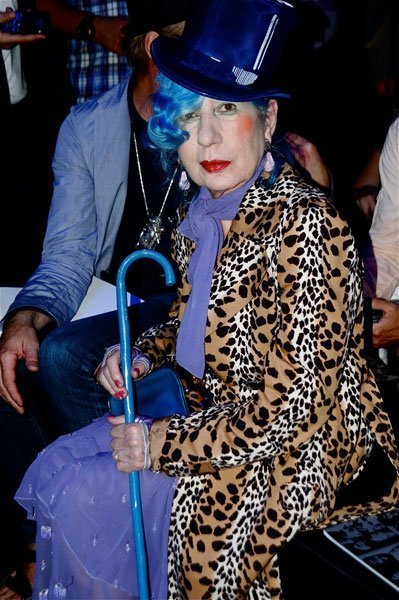 At first messy (we like that) and incomprehensible, once you take a second glance and look closely – it was a mood-board for the entire fashion world. No wonder why the idea of putting the DPs into a larger publication became so popular – it was a massive inspiration source for editors, writers, designers and other artists. 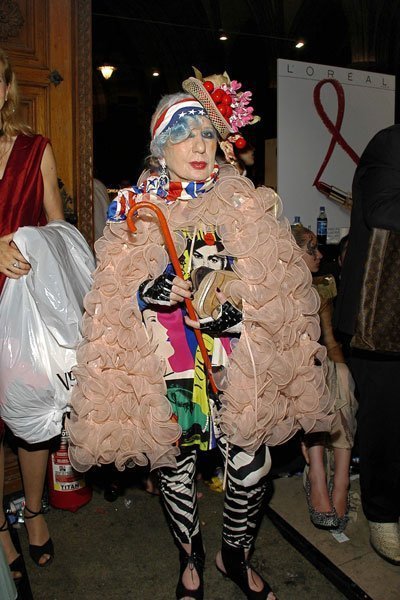 Anna was a perfomer, but a very honest one. She liked to bring her style to the extreme point, as she was an extreme person in the full sense of that word. Described by her friends she appears to be brilliant in everything she did – an excellent writer, a picky editor, a flamboyant estethe. And she will be remembered for all those things altogether, because that is who she was – not just a flashy outfit, but a person admired for her artistry.