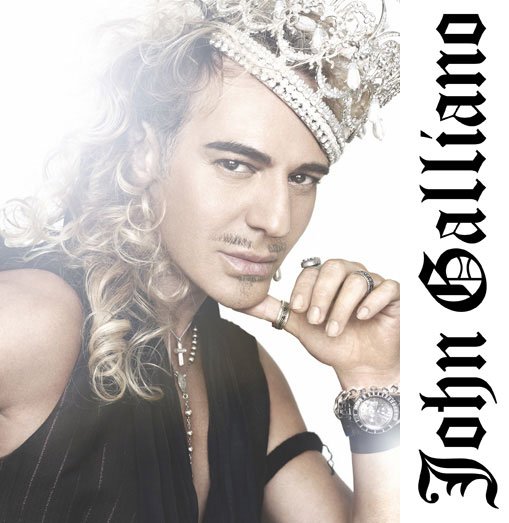 Who is John Galliano?

The punk is all about the bad boys and who else fit the bad boy archetype in fashion better than John Galliano? Once on the top of the top, then condemned for a while, now rising from the dust to strike with his talent again. Here are the three Galliano chapters, following the classic punk badass stages.

John Galliano is the bad boy of fashion. A British born designer, who has led top global fashion houses such as Givenchy and Christian Dior, has his own label and currently presides over the fashion power house of Maison Martin Margiela.

He comes from humble beginnings, raised in south London, a shy lad and very different to most kids his age when he was growing up.

He started his course in the fashion industry by graduating with first class honours from Saint Martin’s School of Art, which produces many outstanding designers and trend-setters and continues to do so.

He loved to party and he was reckless, even though he was a design genius, he was not strong on the business aspects, which led to his bankruptcy.

But you know the expression, he learnt from his lessons and built a couture reputation with the elite of pop and glitterati who loved to wear his creations and loved to party with him.

Whilst in Paris and struggling as a designer, lucky circumstances lead him to join Givenchy and the rest is history.

Cool Britannia at heart and punk in his roots, he does have an interesting story worth reading.

The punk is all about the bad boys and who else fits the bad boy archetype in fashion better than John Galliano? Once on the top of the top, then condemned for a while, now rising from the dust to strike with his talent again. 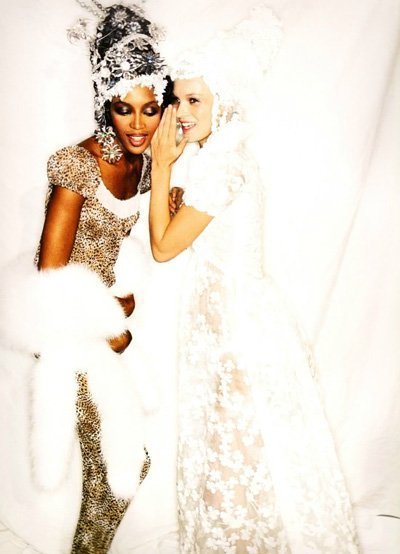 Juan Carlos Antonio Galliano came to this world in 1960 on the picturesque lands of Gibraltar but at the age of 6 he and his family immigrated to London, where the magic happens. As an adolescent, he joined the Central Saint Martins School of Art and in 1984 he presented his graduation collection Les Incroyables, inspired by the French revolution.

The items designed by Galliano amazed the British fashion society collection was sold to Joan Burstein of Browns. But as impossible as it sounds, London wasn’t quite ready for Galliano’s extravagant idea of fashion and he was underestimated there. 8 years after his graduation he moved to Paris where his eclectic style (combining elements specific for Latin culture with historical motives) was adored by the masses.

In 1995 he was named the creative director of Givenchy, and then in 1997 he designed his first Spring/Summer collection as a creative director of Dior. In the meantime, Great Britain realised the mistake they’ve made and made amends by naming Galliano British Designer of the Year… four times! Which is unprecedented. 1990 was the year when he designed costumes for Corrulao Ballet (performed by Ballet Rambert), and in 1991 Kylie Minogue specifically asked for Galliano to design outfits for her “Let’s Get to It” tour. How could it all go wrong?

2.The condemnation of an outlaw.

“I love Hitler… People like you would be dead. Your mothers, your forefathers would all be f*cking gassed”. Well, that was an eventful (in a rather unfortunate way) night out.

The quote that opens this chapter, are the exact words John Galliano spoke to a woman in one of Paris’ pubs. And it’s not even “hear and say“, as somebody recorded it.

List of consequences? Long. First thing first, Galliano was removed from the position of Dior creative director (2011). The designer used to cross the line quite often earlier, but the fashion house always stood behind him.

Firing him (despite how well Dior was prospering under his management) sent the message to the entire world that the rebellious golden child went one step too far this time.

Apart from the professional disaster this situation has caused, the charges were pressed by the court (after quite a long debate) and awarded a penalty in the amount of £6,000.

Of course the money doesn’t even compare to the social banishment that followed the anti-Semitic statements of Galliano. The situation seemed hopeless, but paraphrasing the good old Beatles, he got by with a little help from his friends…

In July 2011 Kate Moss asked Galliano to design her… wedding dress. When an icon (which she unmistakably is) is getting married, all designers want to get their hands on the wedding dress, as it will be photographed, judged and discussed all around the world. Also, Oscar de la Renta invited Galliano to use his own workspace in New York (Anna Wintour actually brokered that offer, which I guess is also really nice of her). And what about now?

Well, now John Galliano has been named a creative director of a true giant, one of the most respectable and trendsetting fashion brands right now Maison Martin Margiela. The prognosis is good and since the bad boy seems to have calmed down a bit his awful behaviour was forgiven (or at least we can call it a probation period) and everybody kept their fingers crossed for the debutant collection for MMM.

“I am here to make people dream, to seduce them into buying beautiful clothes and to strive to make amazing clothing to the best of my ability. That is my duty“. Another quote from Galliano (from some time ago), showing how engaged he once was in what he was doing. Is John Galliano on a mission again? Let’s hope he is, a one with just the same dose of brilliance and a little less drama.