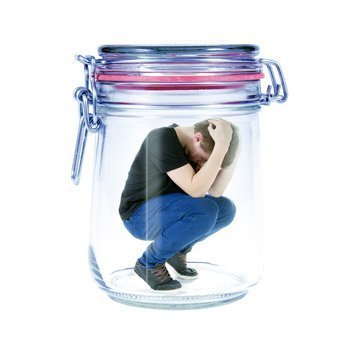 The way we view our bodies can have a major impact on the way we look at ourselves as adults but in teenagers it can have drastic consequences.

Teenagers who’s hormones are all over the place, and self image is so in focus, and the selfie generation isn’t helping one bit. So how are the kids affected?

Body issues in teenagers are perhaps more commonly heard of in girls but teenage boys can have just the same amount of insecurities.

How Teenagers Are Affected
Both boys and girls can be subjected to pressure from peers and the older generation to look and act a certain way in order to please other people and attract the opposite gender. Early puberty changes the body in a physical way “hair growth, height and weight gain to name but a few” whilst late puberty can leave others feeling depressed and inferior for being short, too fat, too skinny and hairless.

With ever increasing photos of slim models and celebrities on the covers of magazines, movies and posters, a high number of teenagers are developing eating disorders. In certain countries, skinny jeans are a popular fashion item but to pull them off the wearer needs to possess both a slim physique and the confidence to wear them. A lack of self-esteem over weight and physical appearance and the pressure to look a certain way can lead to disorders like bulimia and anorexia developing.

With this increase of skinny models and celebrities (both male and female) being shown all over magazines, movies and social media outlets, they are reaching more and more teenagers. Many celebrities promote the idea that being skinny is not only healthy, but is fashionable. There are numerous female stars that have developed eating disorders themselves but yet they are still shown on television, magazines and social media as people to look up to.

Teenage
bodies are still growing and some do not like the way they are changing or the rate they changing. These insecurities and uncertainties often leave both genders believing that they need to look a certain way to feel attractive or be attractive to someone else. It is this belief that often causes many body issues to arise and, sadly, it is becoming apparent earlier and earlier.

There are times when body issues can grow into devastating incidents. Bulimia and anorexia can leave permanent body issues, such as hair falling out, teeth becoming eroded, loose skin and many others. Self-harming is on the increase with both male and female teenagers in many countries and there have sadly been times where some teenagers have taken their own lives in the belief that they are too ugly, or not beautiful enough, to continue living.

Unfortunately, the body doesn’t stop growing until you reach 18 and until you get to this point, many teenagers will experience issues with the way their bodies look or even feel. The insecurities that both genders will experience need to be addressed and dealt in case they have a devastating effect on their later lives.

Self-Esteem Issues
For both male and female teenagers, it can be quite difficult in addressing and ultimately overcoming these insecurities. Many teenagers will try a variety of different fashion styles, make-up and the way they dress their bedrooms. This allows them to work through their issues in a safe way to accept who they are and what they look like. Over time, and with positive support from family and friends, they will discover their own individual preferences and learn not to succumb to the negative opinions of others.

How Parents Can Help Their Teens
Although it may not seem like it, teenagers are constantly watching the world around them. Celebrities and models will receive a lot of attention due to the amount of media they receive, but both genders are aware of what goes on in the home. For parents, looking at yourselves through the eyes of your child is a great way of understanding what they are going through. If a parent is constantly voicing their concerns on the way they look then that can rub off onto an impressionable child.

Parents need to be positive with their children and say it often. If a parent is continuously concentrating on all the negative aspects then they will develop a negative view on themselves. Instead, compliment the way they have styled their hair, or say how much you like their new outfit. When it comes to physical capabilities, such as opening a tough jar or how quickly they have done an errand, do the same. It is through this that a parent can help a teen develop a healthy body image.

Teens are often susceptible to how celebrities are portrayed in the media. Parents need to help educate their teens that the majority of photos are edited and photoshoped to help them look a certain way. Many celebrities will have personal trainers and undergo cosmetic surgery and this needs to be understood.

Body issues in teenagers will usually fade once they have learnt that physical appearance isn’t everything and to accept that everyone is unique. It isn’t the way you look, dress, style your hair or the way you speak which determines if you are beautiful, it is the soul within you. Everyone is exceptional; everyone is beautiful, even if it is hard to see initially.